This site doesn't support Internet Explorer. Please use a modern browser like Chrome, Firefox or Edge.

FINALLY there is a Christian-based media center that you can feel comfortable allowing your child to watch and be educated in Christ without outside influences!

Who is Princess Estie and the creator of Ignite Your Light Kidz?

The world’s very first Christian princess, Princess Estie, was created by and is performed by Whitney Lynn. “God spoke to me while I was at Disney World. I looked around and noticed all of the Disney princesses and all of the children idolizing them. I thought, why isn’t there a Christian princess? I wondered if there was an artist out there doing concerts and programs just for children ages 1-7? It was then the Lord birthed this vision to create a Christian musical TV show. In a vision, he showed me that I would play the world's first Christian singing Princess, Princess Estie; also incorporating puppetry, and mascots. Children can also be inspired through fresh, energetic, and original Christian music. He confirmed to me that in later seasons, there would be Bible and Music animations, Education, and our very own Remmie the dragon teaching Spanish. Ignite Your Light Kidz also features the local talent of children to perform as our characters and cartoons, as well as in our live shows. We believe in creating a confidence in the upcoming generation to utilize their gifts for the Lord. If we don't strengthen these areas, the world will try to.

Here at Ignite Your Light Ministries, we believe this bubbly and energetic, pink-haired Princess will surely attract attention as the TV show has reached a worldwide audience, and will continue to expand. Children across the globe will be mimicking Princess Estie’s values, love for Jesus, and fun-loving personality.

However, that is not what is important to Whitney Lynn. She acknowledges the God-given calling she has on her life. "It is to reach souls for the kingdom of Jesus Christ," says Whitney Lynn. "More than anything, I want these children to put on the character of God and become a warrior for Jesus Christ. I desire for them to be raised up and have an uncompromising faith in Jesus; so when the days ahead grow darker and more dangerous, they will be able to stand and obey Jesus without fear or shame.”

What is Ignite Your Light Kidz TV all about?

In 2015, God gave Whitney Lynn a vision for a fresh, exciting, and unique musical for children that inspires biblical teachings. Princess Estie and her friends travel through various adventures and learn important, Godly lessons for life.

Whitney Lynn founded Ignite Your Light Ministries, a non-profit organization on November 23, 2015. The upcoming TV show, Ignite Your Light Kidz, was birthed in July of 2015 after a very disappointing meeting with a vice president at a Christian record label.

"Sometimes we think we know what God's will and plans are for us as we do things for the Lord," says Whitney. "For ten years I had been chasing my dreams, instead of God's for this generation. I believed music recording was the only direction that I was supposed to go in. When the door to meet with the VP for the Christian record label opened, I was convinced this was my breakthrough moment. After the door shut, and the answer was 'No', I felt very defeated and depressed; but, out of my sorrow, God gave me a rainbow...this show. My life's purpose is not for my dreams to come alive, but for God's dreams to flourish in whatever way He uses me to reach a lost world." 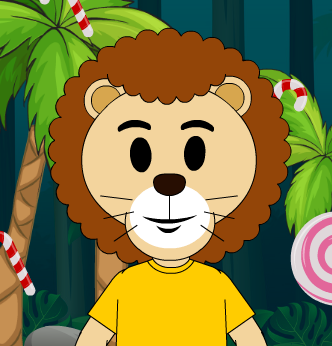 This lion is fun, energetic, and full of passion for stating our scripture of the day. 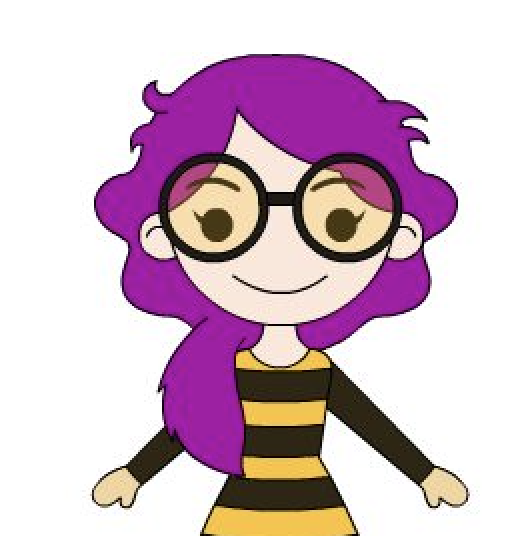 Sister to the Bee Master. She was a part of the Singing Angel Bees and left to watch over her brother. She is always smiling, loving, and kind. She receives the special deliveries from Princess Estie to give to her brother. The acts of kindness fill up his hollow heart with love. 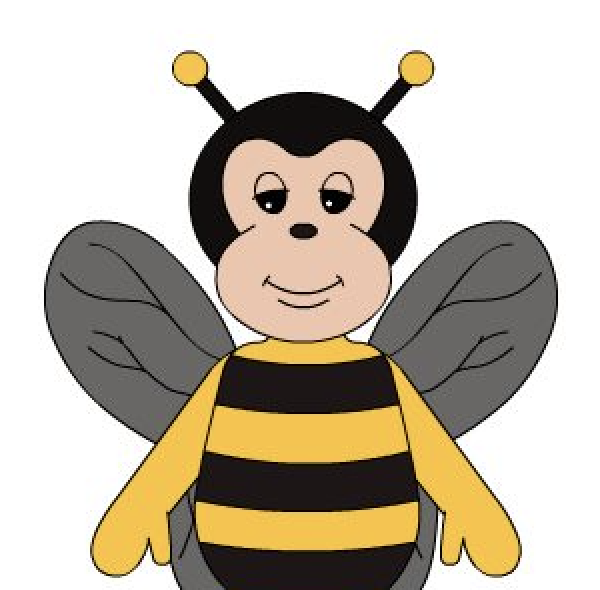 He used to be the Caretaker of all of the lands and a part of the singing angel bees, until he got jealous of the other bees, and fled from the colony. He lives in a cottage in the Dark Chocolate Berry Forest with his sister, Angel Bee. He has an empty, hollow heart, that, if acts of Kindness are given, his heart can again be full with love. Therefore, the light in the lands will return again. 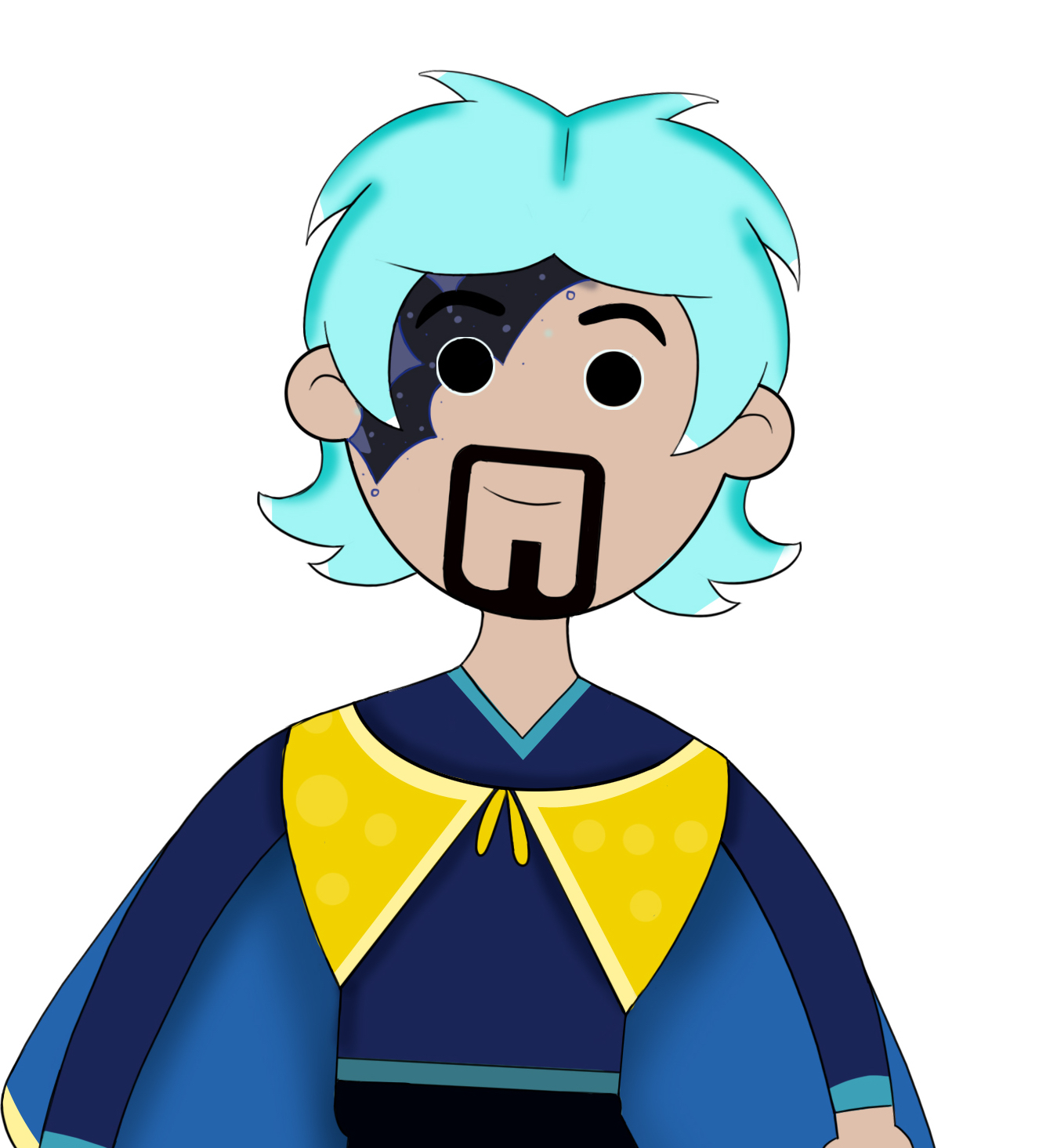 The biggest villain in the show who constantly tries to hurt Princess Estie but fails due to his clumsiness and goofy personality. He tries to be tough, but really isn’t. He has blue hair and a black cape. Moonkie is his “Bestie.” He was once the King of the Castle, until He was vanished into the Dark Chocolate Berry Forest forever by Queen Jackalina because of his pride and vanity. He stopped caring for the people of Mushroom Candy Land and the Dark Chocolate Berry Forest, and was obsessed with his riches. Since he was exiled, he found nothing better to do than to cause trouble and make the Mushrooms of Mushroom Candy land do bad things to one another. Dark Harry represents the devil and has an invisible cloak. 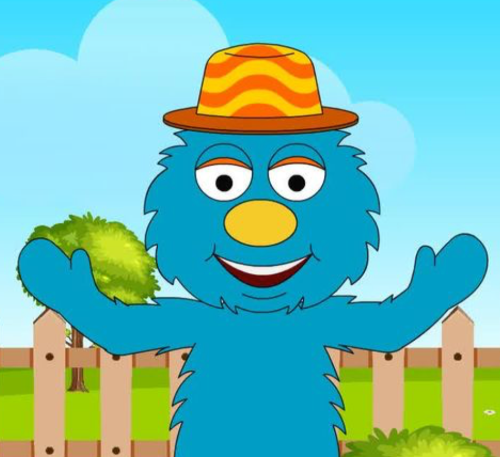 Blue small monster who states our letters, shapes, colors, and animals of the day. He lives in the Strawberry Forest. This is a very small area in the Dark Chocolate Berry Forest that is "good." 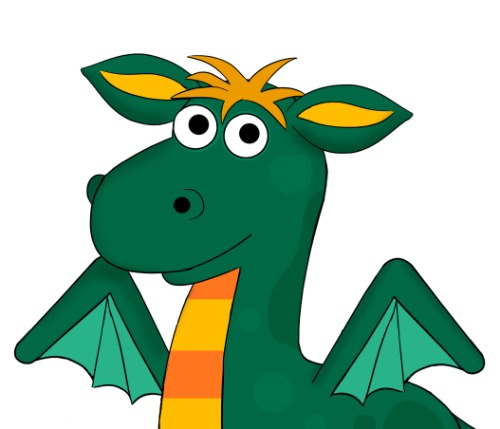 Queen Jackalina’s “Bestie”. He is silly and goofy and always repeats everything Queen Jackalina says. He lives in Mushroom Candy Land and giggles a lot. 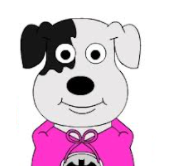 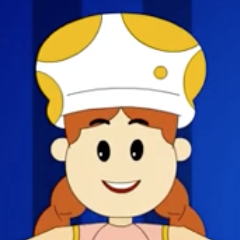 The baby mushroom kid and super cute, full of the joy of the Lord and the sister of Sporalina. 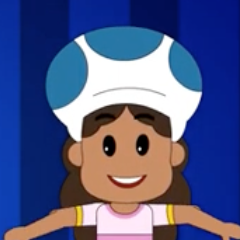 She is super intelligent, spunky, and full of life. She is the older sister to Mushrooma. 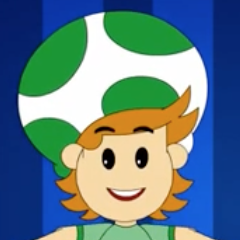 He is very "matter of fact," states truth, and loves God's word. 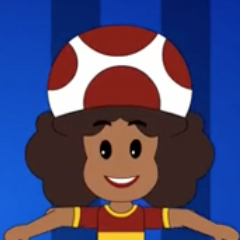 She is the head, oldest mushroom kid and often very sleepy. She assists Queen Jackalina and Princess Estie often. 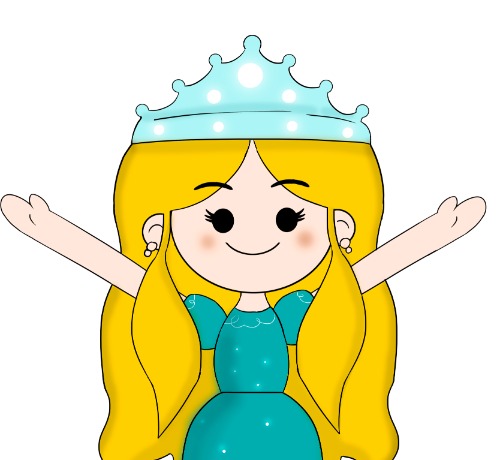 She is the caretaker of the Mushroom kids and lives in Mushroom Candy Land. She is kind, sweet, and is always a comforter. She leads and guides everyone with truth, wisdom, and love. Queen Jackalina gives advice and peace to everyone who seeks it. She always speaks a word of knowledge or scripture to Princess Estie to help her win back the Kingdom and Lands to God again. Queen Jackalina loves to pray with Princess Estie and seek Estie when there is trouble in the land. 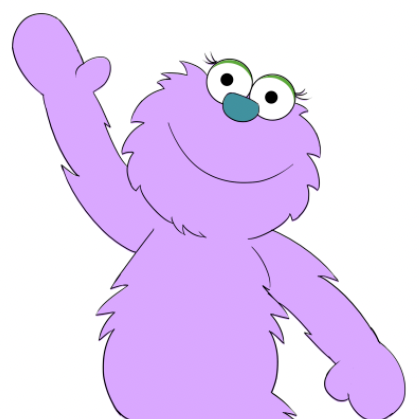 Villain in the show who gives Dark Harry a taste of his own medicine. Marilla is very bossy and demanding. She enjoys arguing her point and thinks she is always right. She is also Moonkie’s sister. 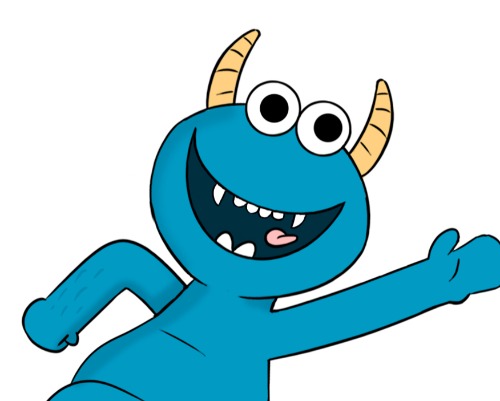 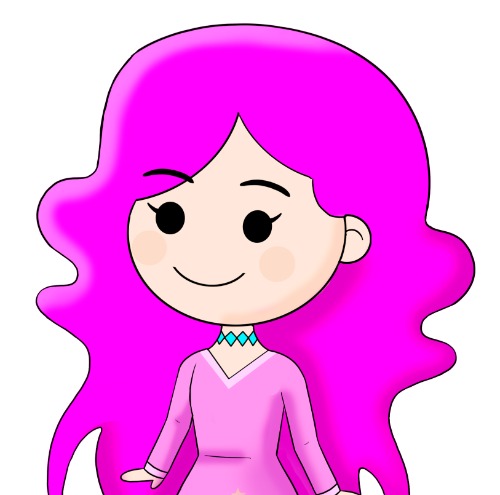 The world's first Christian singing princess. Estie is short for Esther and she adopts the nickname after getting sent to Mushroom Candy Land by Jesus. Her mission is to help defeat the darkness and restore the light again. She is bubbly, pink haired, and faith-filled. She sings and teaches about God. Her bestie dragon friend, Remmie, and others join her along her adventures to stop the villains. 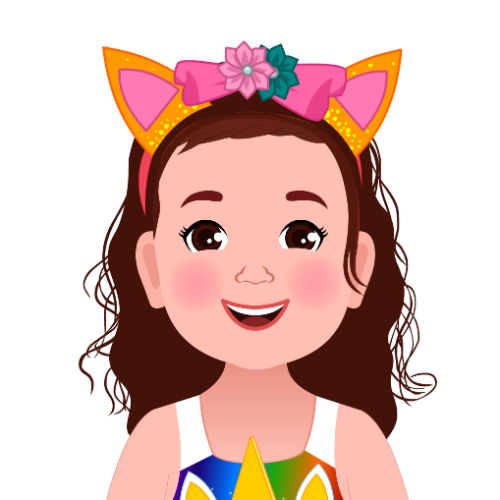 She is full of Jesus, adorable, and 2 years old. She states scripture and loves to sing songs to the Lord. Princess Estie is her new caretaker as she adopted her as her own child. Princess Ariella was abandoned by another King and Queen from the Land of Meahr after a terrible earthquake shook the land. Princess Estie rescued baby Princess Ariella, and brought her to safety to live in Mushroom Candy Land. 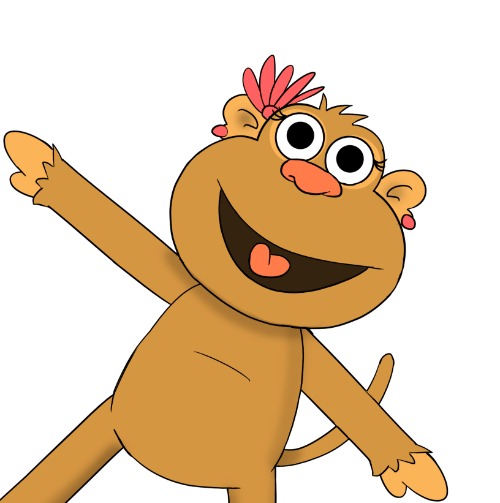 Remmie’s “Bestie” who lives in the Castle with Remmie. They have been friends since he was a baby. She is sarcastic, but quirky and loves music. She usually helps to keep Princess Estie focused on the goal. 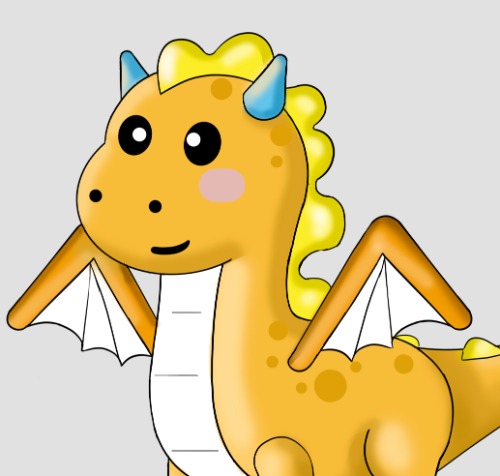 Princess Estie’s dragon “Bestie” who lives in the Castle. He barks like a dog and is always timid, silly, and mischievous. There are moments he makes mistakes, however, Princess Estie always teaches him in love, kindness, and patience to follow God's way, the right way. Remmie used to be green, until he drank some orange juice that was planted by the villains to change Princess Estie's hair. 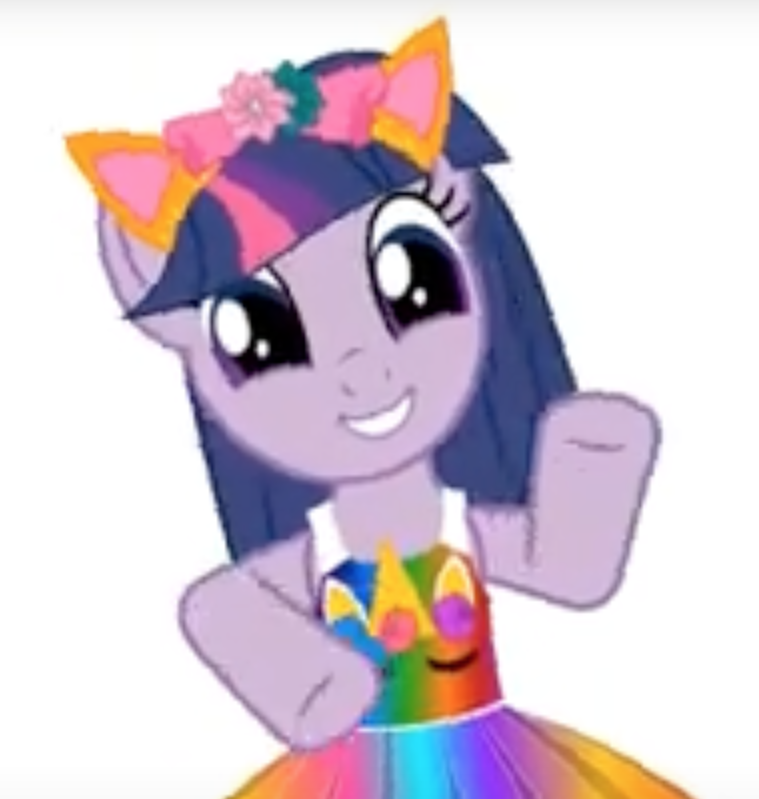 She is super adorable and loves to dance!

What do our viewers think?

Hi all. This is a great show for young children. It runs on donations and is one of the few places not influenced by anyone. If you know someone with young kids, you might want to pass this on.

Hi! I would just like to say - wow! Your content is so wonderful. I think you execute the Bible and God's lessons in really cute, quick, and fun ways! Although I am not a little child, I still find enjoyment in your content. It just makes me so happy to see you people making great content about our father God, and your videos deserve more views! I feel as though if little children were to watch your videos, they would be nourished with the love of Christ in a colorful, fun, and simple way! I also love "Princess Estie's" TikTok videos! They make me smile. No complaints :)

I have to say I love your kids' ministry.  I watched your show on YouTube and I already finished it. I was wondering when you guys are going to make a second season? It is an amazing show. Please make a second season. I would really appreciate it. It has really touched my heart. I'm sure if I shared the playlist to my Facebook page, it would touch the hearts of many others as well.